This Slow Cooker Clam Chowder – is a  New England clam chowder recipe. It is made in the slow cooker/crockpot. Seafood fans will love this easy creamy and rich lent approved homemade soup. 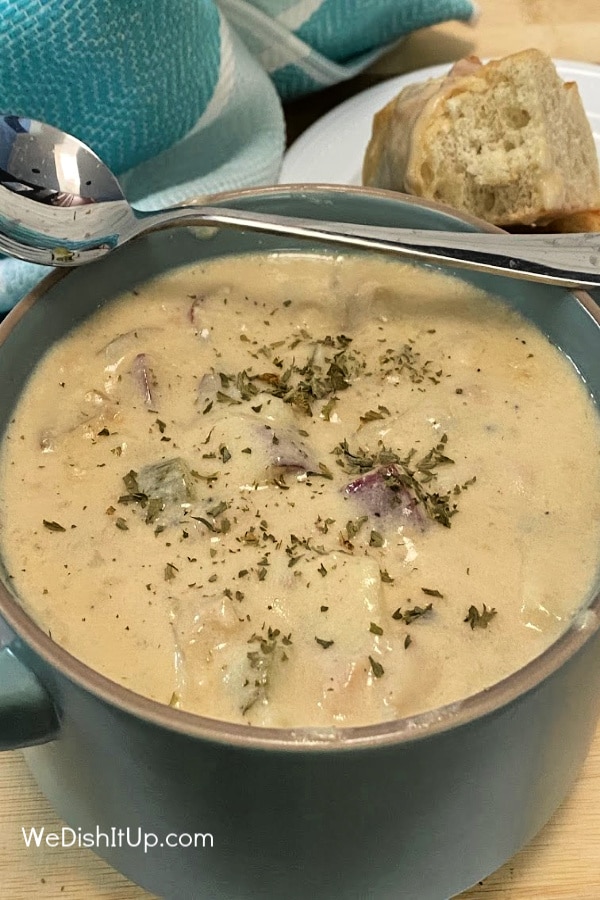 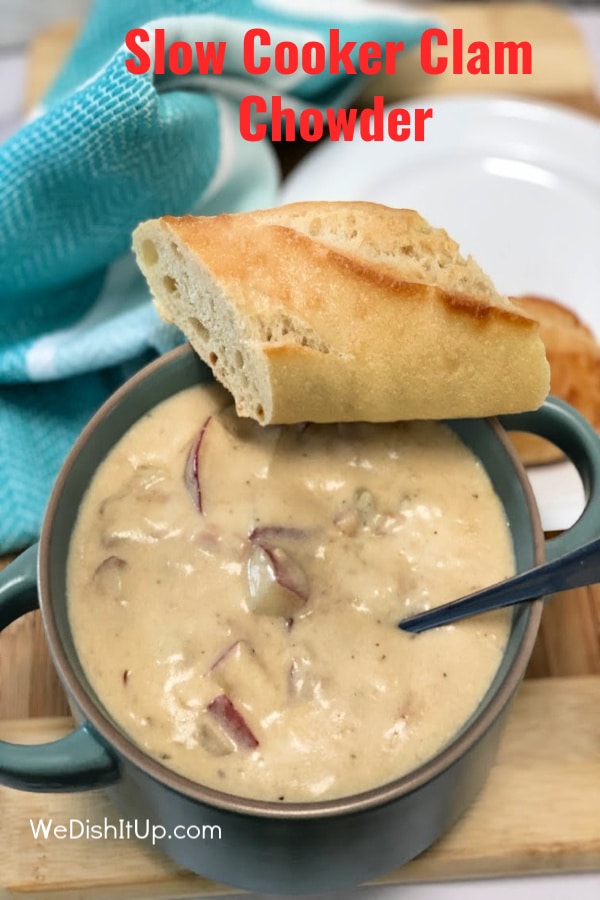 Most of the soups that have been shared have been made in the instant pot Instant Pot Vegetable Beef Soup, Creamy Tomato Basil Soup Instant Pot, Bacon Cheeseburger Instant Pot Soup Low Carb Keto to name a few. However, for a change,  thought using the slow cooker/crockpot for this Slow Cooker Clam Chowder would be good. Who doesn’t love the crockpot?  I love slow cooking everything and getting the house smelling great. Have you tried Slow Cooker Beef Stroganoff or Slow Cooker Apple Spice Dump Cake either will make your house smell wonderful? 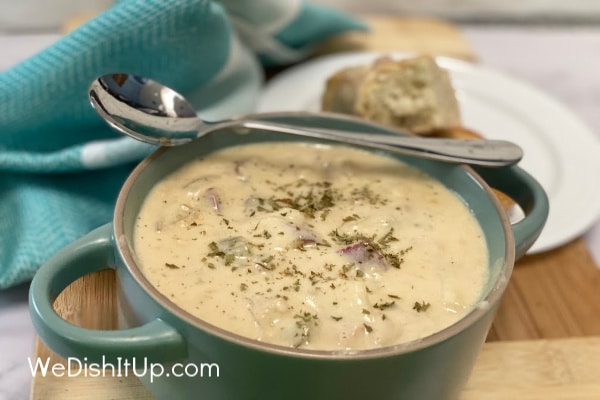 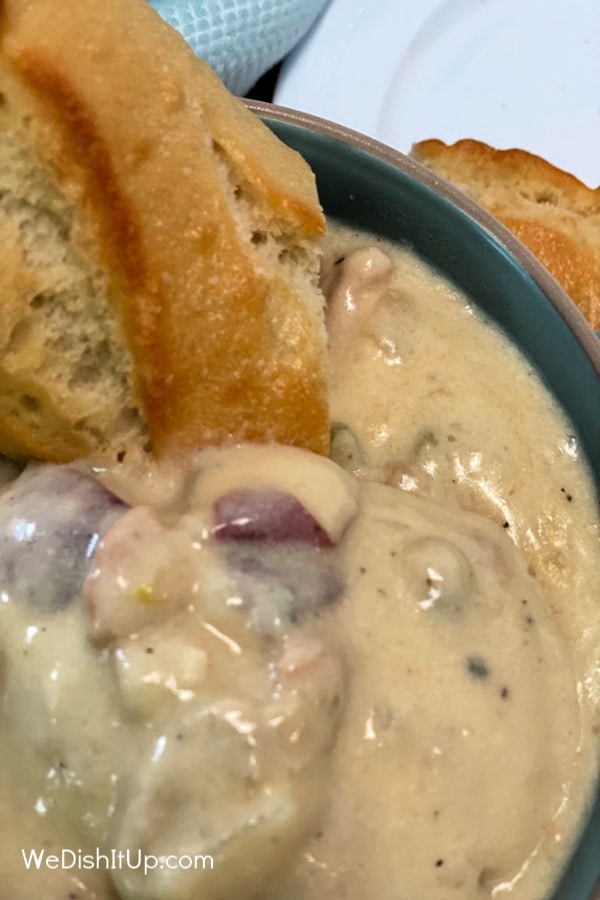 Well looking for recipes to make clam chowder, it was surprising to me that most of the recipes had bacon in them. With a daughter and a grandson who don’t eat pork, that wasn’t going to work. In addition to that fact, it should also be able to be eaten by those who practice lent.  Although we are not Catholic, we all know that Friday is clam chowder day everywhere during lent. 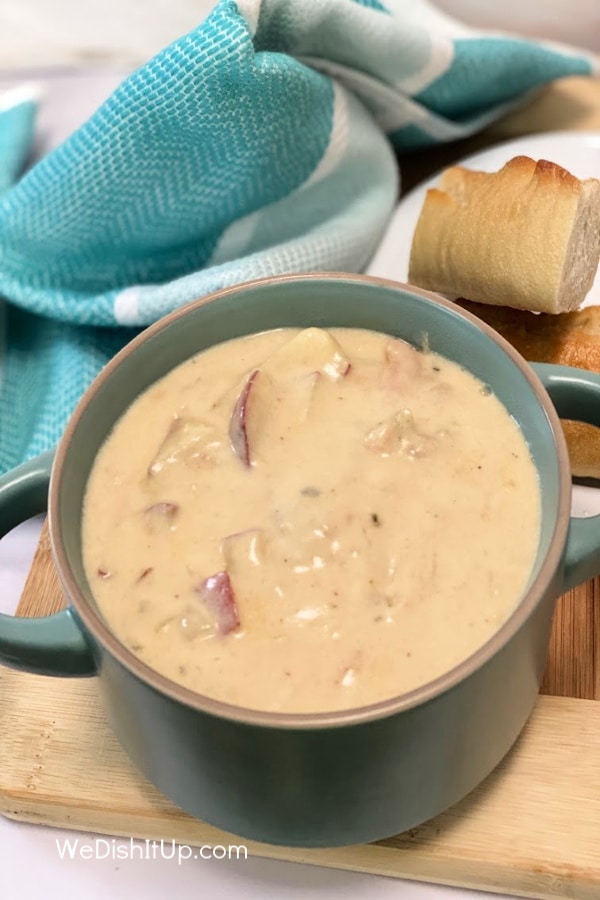 This chowder is packed full of clams, red skin on potatoes, (because who wants to peel potatoes?) celery, onions some spices all in a cream and chicken broth base. Everyone thought the chowder came out great for my first stab at it. It was easy to throw together and tasted delicious. Whether you are serving it as an appetizer before dinner or adding a salad and bread or a sandwich and calling it a meal, you will love it. If you are a bacon lover, crumble some on top and I’m sure it would be even better. 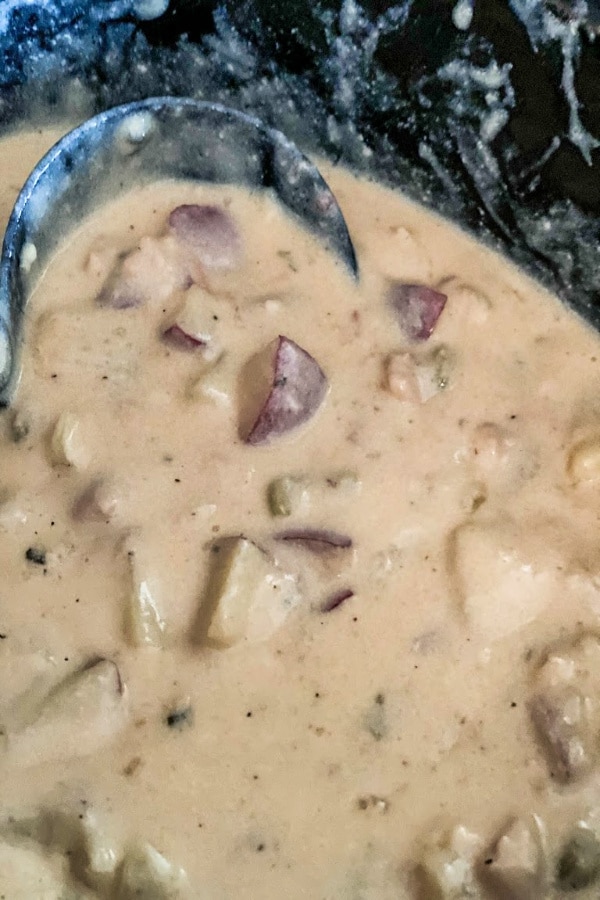 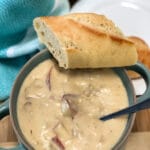 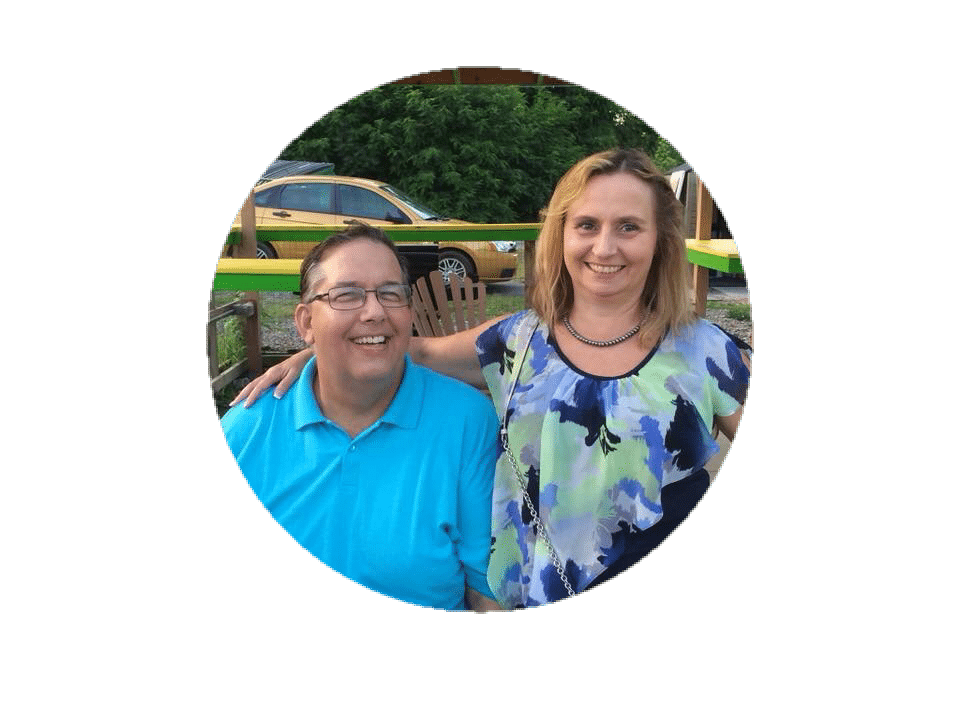 We are Joe and Stacy, a happily married couple for nearly 35 years now, parents to 4 lovely children, and 4 sweet grandchildren. We both have years of experience in the food industry and now we are here to share our love for food with you. Here you will find some of our favorite recipes including meals, tasty treats, and great side dish pairings. Be sure to follow us to never miss out on a new recipe!